Elon Musk’s SpaceX and Boeing-Lockheed Martin joint venture United Launch Alliance are the big winners in a stiff competition to secure US military launch contracts, teeing up the companies to dominate the lucrative market for launching US national security satellites for years to come. 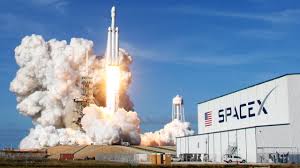 The initial awards will give $316 million to SpaceX for one launch and $337 million to ULA for two launches. But the total value of the deal could be worth far more, as the military will ask one or the other company to launch additional missions.

SpaceX is expected to handle 40% of all national security satellites slated to go up over the next five to seven years, while ULA will handle the other 60%. Military officials did not say exactly how many launches that might enetail, nor did they provide a total contract value.

Exactly what the companies will launch will remain secret. The United States’ security apparatus regularly launches spy satellites and other spacecraft into Earth’s orbit, and the missions are highly classified.
The contracts for launching such satellites are a core part of the rocket industry’s revenue stream.

The long-awaited and hotly contested contract awards announced Friday solidify SpaceX and ULA as the go-to launch providers for the US military. The companies faced competition from Blue Origin, the rocket venture founded by Amazon billionaire Jeff Bezos, and Northrop Grumman, a longtime government contractor.

SpaceX did not immediately respond to a request for comment Friday.

The NSSL awards were intended to encourage more competition, with the ultimate goal of reducing the amount of money the military spends on launches. But the price points were roughly in line with what the military has been spending.

Though SpaceX was expected to be a recipient of this batch of awards, the company fought back after it was left out of the awards the military handed out for new rocket development in 2018.

Like the other companies, SpaceX is developing a new launch vehicle, known as Starship, and Super Heavy, a rocket and spaceship system that Musk has described as the technology that will allow humans to colonize Mars. Theoretically, the rocket also could be used to help launch heavy military payloads into orbit.

A complaint the company filed last year against the federal government states that the SpaceX’s proposal asked for money to support all three of its rockets — the Falcon 9 and Falcon Heavy, which are already operational, as well as Starship.

But officials determined that including Starship would render “the entire SpaceX portfolio the ‘highest risk'” of all the options. SpaceX called that claim “unreasonable,” according to the complaint.