Former acting managing director of the Niger Delta Development Commission (NDDC), Joy Nunieh has finally appeared before the House of Reps Committee on NDDC, saying she did not touch funds meant for the Niger Delta people. 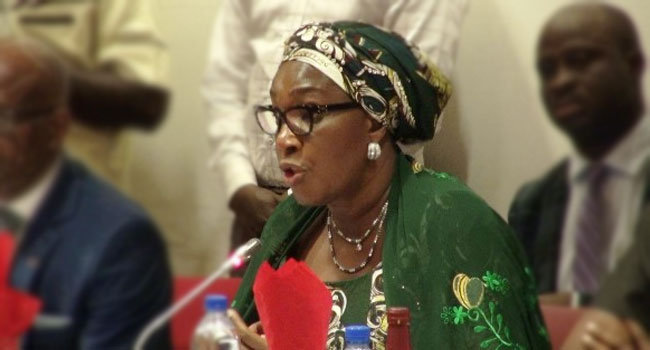 Speaking at the hearing, Ms. Nunieh Debunking allegations of fraud and attempts to filibuster the Commission.
Ms. Nunieh was billed to appear before the committee on Thursday but her house was besieged by some security agents, hindering her from making a physical appearance.

The former NDDC MD, however, finally made her appearance midday on Friday, addressing the Committee via Zoom.

She told the lawmakers that the siege on her residence was an attempt to prevent her from testifying before the panel. Nunieh said she did not touch funds meant for the Niger Delta People.

The House of Representatives is carrying out an investigation into alleged mismanagement of funds by the current interim management committee (IMC) of the NDDC.

According to allegations, the interim management of the NDDC has mishandled about N40billion.