A legal practitioner and social critique, Emperor Ogbonna, was on Tuesday admitted to bail by a Federal High Court, Abuja after six months detention by the Department of State Services (DSS). 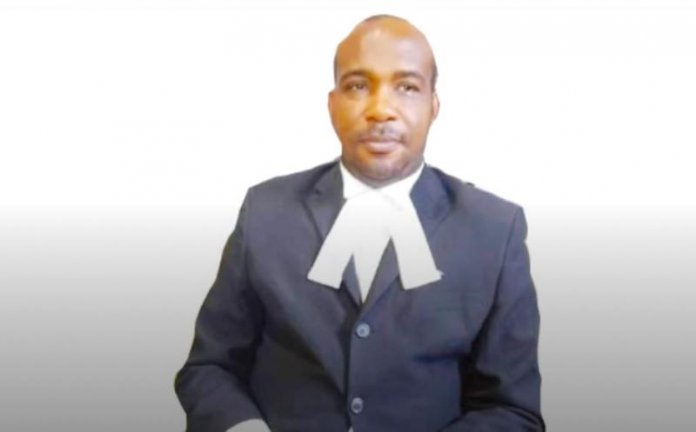 Justice Taiwo Taiwo granted the applicant bail while ruling in a motion on notice argued by a foremost human rights activist, Chief Mike Ozekhome (SAN) on his behalf.

Ozekhome had in the motion drawn the attention of Justice Taiwo to the fact that his client had been held unlawfully by the DSS since March 24, 2020.

The senior lawyer argued that the offence of the detained critique was his alleged criticism of certain policies of President Muhammadu Buhari and his conclusion that citizens may revolt due to alleged harsh living conditions unless the federal government provides remedy.

Ozekhome, while pleading that the detained lawyer be admitted to liberal bail conditions, said that the fundamental rights of the detainee had been brutally breached with the six months detention.

He urged the court to invoke constitutional provisions which presume the applicant innocent until proven otherwise, so as to allow him go on bail.

Responding, the lawyer to the federal government, Mr Isah Abubakar, opposed the bail on the grounds that the applicant will escape justice in view of the gravity of his alleged offence.

However, in a bench ruling, Justice Taiwo agreed with Ozekhome that the law presumed the applicant innocent until found guilty by a competent court and that the fundamental rights of the applicant to freedom of liberty had been breached with his detention for more than the period prescribed by law.

The judge therefore admitted him to bail in the sum of N2 million with two sureties in like sum. Among others, the sureties must provide evidence of tax payment and one of them must have property in the Federal Capital Territory (FCT) with verifiable documents.

He however ordered that the applicant be remanded in prison custody pending the time he will perfect his bail.