As part of activities marking a decade of doing successful business in Nigeria, Managing Director and Chief Executive Officer Artel Nigeria, Mr. Segun Ogunsanya, has announced that the Telecoms Company would be spending N300 million to support the fight against the coronavirus pandemic in Nigeria. 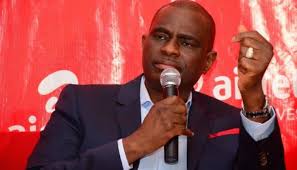 He explained that N200 million would be invested in refurbishing and equipping a four-storey admission facility for the use of Specialist Units in the Department of Medicine at the Lagos University Teaching Hospital (LUTH) while N50 million would go to the Lagos State Government to procure Personal Protective Equipment (PPEs) for Lagos State Health Workers.

In addition, N50 million would be set aside for the procurement of a Molecular Laboratory to be provided by 54 Gene with the capacity for 300 tests per day for Ogun State.

Ogunsanya said the N300 million would be the final installment of the N1.9 billion the mobile telecommunications company pledged in April to aid the fight against the pandemic as he expressed appreciation to Nigerians for their unflinching support and loyalty to the telco.

Ogunsanya said the 10-year milestone would not have been possible without the support of its over 50 million loyal and passionate customers in Nigeria.  Airtel, according to him, has succeeded because Nigerians truly believe in the brand and have come to accept the company as an important stakeholder that is firmly committed to growing the country’s economy by providing jobs and creating platforms and opportunities to empower more Nigerians both young and old.

The CEO of Airtel also commended the Minister of Communications and Digital Economy, Mr. Isa Ali Pantami, and the Executive Vice Chairman of the Nigerian Communications Commission (NCC), Prof. Umar Danbatta, and other regulators for providing leadership and vision in the industry.

The Chief Medical Director of LUTH, Prof. Chris Bode, commended Airtel for partnering the institution in the fight to contain the dreaded novel COVID-19. Similarly, the Ogun State Governor, Mr. Dapo Abiodun, said: “I wish to express our profound appreciation to your organization for magnanimously offering to support the efforts of Ogun State Government to contain the spread of COVID-19 with the procurement of a State-owned Molecular Laboratory.”