by Business 360
in Entertainment, News, Tourism
0

Disney says the pandemic was responsible for a $3bn hit to its operating income mostly due to the disruption to its theme parks, where revenues plunged 85% compared to 2019, chief financial officer Christine McCarthy said. 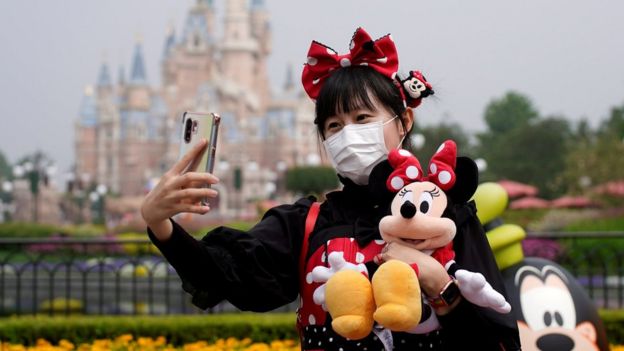 The media giant reported enormous losses due to the pandemic as its theme parks closed. Overall revenue fell 42% compared with last year to $11.8bn.

The media Giant lost $4.7bn (£3.6bn) in the three months to 27 June, as the virus forced it to close its theme parks and delay film releases and production.

As it grapples with coronavirus disruption, the firm is forging ahead with its streaming ambitions, as it tries to position itself as a rival to Netflix, Amazon and other streaming sites.

The decision to skip most of the world’s cinemas and go straight to streaming follows uncertainty about when big film theatre chains in the US will be able to reopen.

The new service will operate under the Star brand and stream a wider variety of content than Disney+.

Disney said it now has more than 100 million subscribers across its on-demand sites, which also include ESPN+, the general audience Hulu television site in the US, and the Hotstar streaming service in India.

The new international service will be somewhat similar to Hulu, but build on the name recognition of the Star name outside of the US, where Hulu is not as well-known, executives said.

It will offer material from the wider Disney empire, which includes broadcaster ABC, 20th Century Films and SearchLight Pictures. 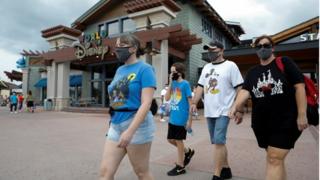 Meanwhile, Disney plans to release Mulan on its Disney+ streaming site this year and launch a new streaming service outside the US next year as it tries to build on its early streaming success.

Mulan had been scheduled for release in March, but that has been postponed several times as cinemas remain closed.

Most recently, it was set to open on 21 August and cinema operators had hoped it would help spark a late-summer rebound for film revenues.

Paolo Pescatore, an analyst at PP Foresight, said Disney’s streaming gains were impressive but it would need to continue to add new shows and content if it hopes to compete.

“It must continue to aggressively promote its growing suite of video streaming services given the competitive nature of this market. There are too many services chasing too few dollars,” he said.

And despite the subscriber gains, Disney’s streaming business is not yet profitable, said Nicholas Hyett, equity analyst at Hargreaves Lansdown. That part of the business recorded a roughly $700m operating loss in the quarter.

“It’s tempting to look to the new Disney+ business for good news, and there has certainly been good growth across all three major platforms,” he said.

“However, this is really meant to be the icing on the cake rather than the main event – and launch costs mean losses in the division have mounted,” he said.

He praised Disney for keeping its overall costs in check but said the numbers “are far more Beast than Beauty.

The forced closure of the group’s theme parks and no theatrical releases during the period mean revenue is on the floor.”

Lebanon in mourning after massive explosion in Beirut