by Business 360
in Entertainment, Tourism
0

A Japanese company has created an attraction that follows social distancing guidelines yet remains absolutely terrifying — a drive-in haunted house.It comes at a time when exhalation is discouraged because of the Covid-19 pandemic. 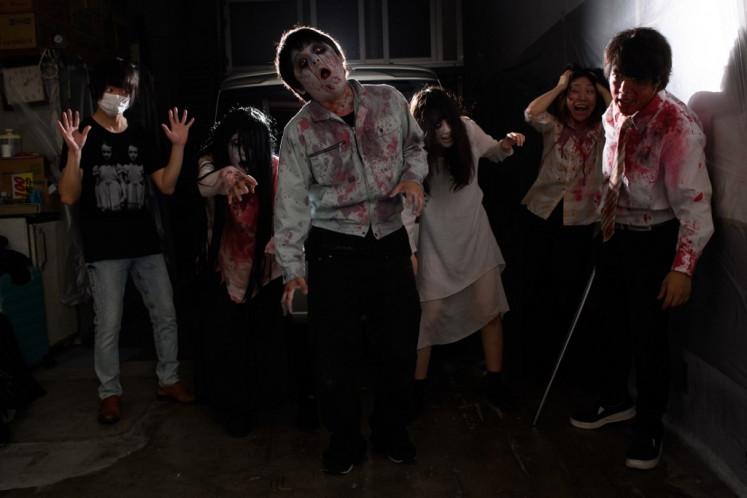 Kowagarasetai, a Japanese haunted house and horror event production company, claims the concept is the first of its kind.

“With the virus, I knew there would be no way we could have a traditional haunted house, with all that screaming in a small confined space,” Kenta Iwana, Kowagarasetai’s founder, tells CNN Travel.

“When I read that drive-through theaters were making a comeback, it was my ‘aha’ moment.”

The haunted house drive-in, located in a covered parking garage in a non-descript building in downtown Tokyo, gives visitors a 360-degree, front-row experience that simulates being stuck in a car during a zombie outbreak.

Visitors turn off the engine and the garage shutter closes, plunging the vehicle into total darkness.

Drivers receive a set of Bluetooth speakers and the spooky tale begins.

“Around these parts, there’s a legend that the ghosts attack humans. Honk your horn three times if you want to hear more,” says the voice from the speaker, in Japanese.

For the next 17 minutes, blood-soaked ghouls and zombies press up against the windows and rock the car.

Fear not, somehow you will live through it.

With Tokyo battling another wave of Covid-19 infections, the company says it’s taking every precaution to protect both its actors and customers. Each car is wiped down with alcohol to minimize risks for the ghost actors. Rental cars are lined in plastic, which is changed for every customer.

Afterward, the car is wiped clean of the fake blood (and potential viruses from the hands of the ghosts). There is fine print on the website that says, “We cannot remove every drop of blood. It will be clean enough to drive on the road.”

Summer is traditionally peak season for ghost stories in Japan, a popular way to chill out on a hot night. Iwana says scary films and games have always been a part of his life. 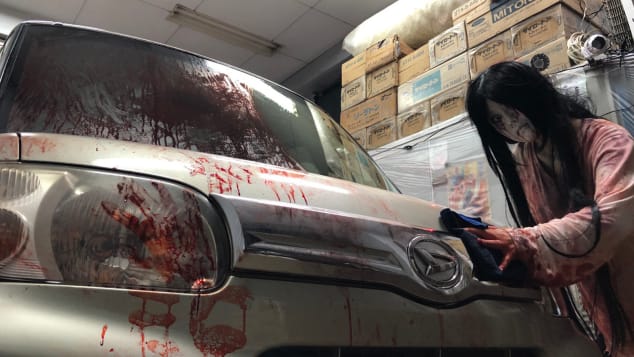 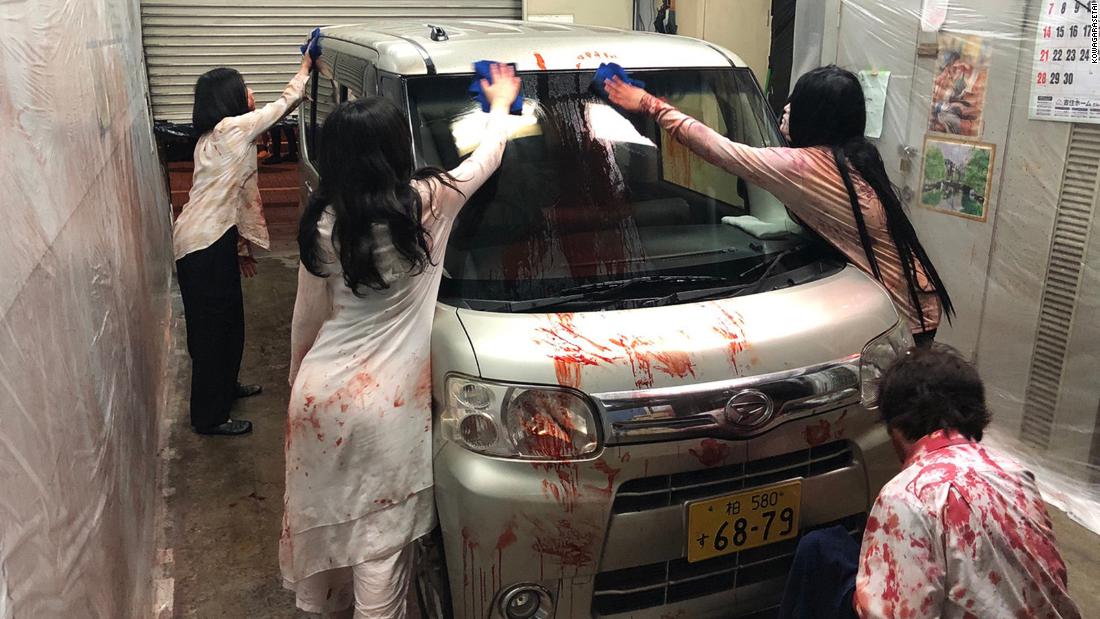 “My parents rented horror movies and let me watch them play ‘Biohazard’ (‘Resident Evil 7’) since I was three,” says Iwana.

He dropped out of university six years ago to turn his passion into a business, staging haunted houses and creating bespoke thrillers “anywhere anyone asks me” — including amusements parks, arcades and private homes.

Founded on Halloween Day in 2018, Kowagarasetai roughly translates to “the Scaredy Squad” in Japanese.

With all the self-restraint permeating in society due to Covid-19, he wanted to show that it was OK for people to have some fun.

The drive-in haunted house experience started out as a summer-only attraction in July, with tickets selling out the day they went on sale. Now, there’s a waiting list of more than 1,000 people, says Iwana.

Given its immense popularity, he says they’re bringing it back when temperatures cool, as August is too hot to run the haunted drive-in.