Jurgen Klopp expects Liverpool to be quickly into their stride as the Premier League champions prepare for the new campaign with two friendlies in Austria. 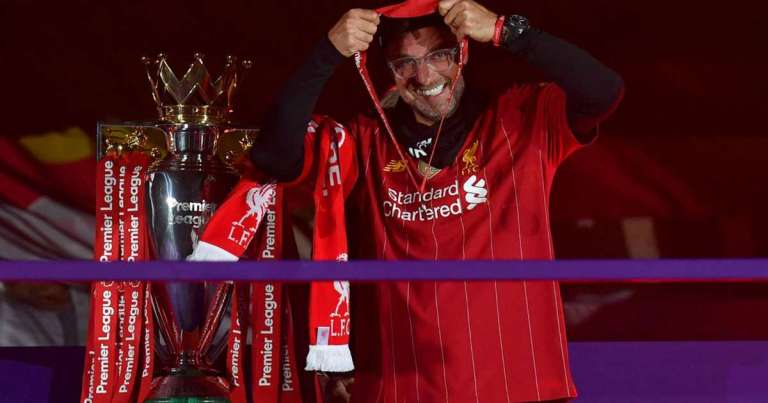 “Training looks really, really good in the moment – this is actually what we expected, the boys didn’t lose a lot from the physical abilities. “Now [we] are in the middle of the preparation, all the tactical stuff already, so it looks really good in the moment and the two opponents are really good opponents. That will be really tough. “These are not the most important games in the world but in this moment they are very, very important because we just want to see that the boys again use the things we think they should use in a game.” The Wembley showdown with FA Cup winners Arsenal will come before the sides have completed their pre-season preparations, but Klopp anticipates an entertaining game nonetheless.

The Reds will face Klopp’s childhood club Stuttgart and Austrian champions Salzburg on Saturday and Tuesday respectively. Arsenal await in the Community Shield on August 29 and Klopp underlined the importance of the two warm-up matches. “It’s important for us obviously after the mini-break to find our feet as quick as possible,” the Liverpool boss told the club’s official website.

“From a timing point of view, the Community Shield is in the middle of the pre-season, if you want,” he said. “For us it’s not the same. It will be a good game, I’m pretty sure. Arsenal is a good team, so it will be a good game, but both teams will not be the finished articles. “How can we be after two weeks’ training again and stuff like this? But that’s not important because both teams probably have the same situation, so it will be tough. “But what I want to see from the boys, that we play our football again. That’s it pretty much.”

The fixtures for the 2020-21 Premier League season, scheduled to begin on September 12, will be released on Thursday.