Ole Gunnar Solskjaer’s side lost their third semi-final this season despite taking the lead when Bruno Fernandes scored their 22nd penalty of the season after Marcus Rashford was fouled by Diego Carlos. 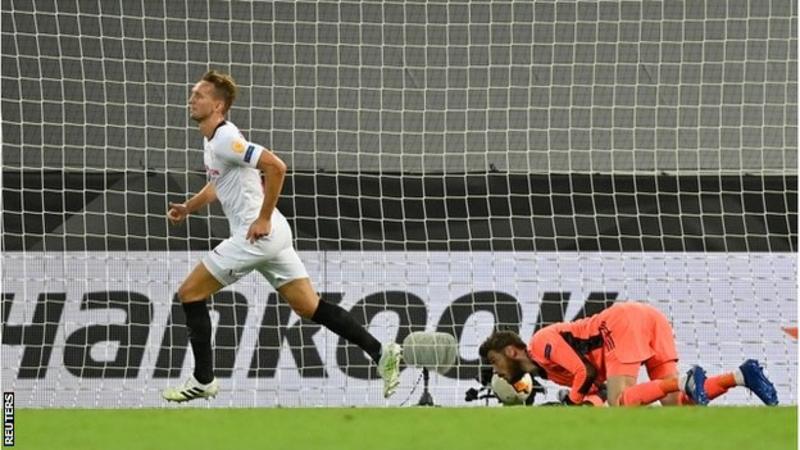 United’s fate was sealed when they missed a succession of chances early in the second half as Sevilla keeper Yassine Bounou emerged as the hero, denying Anthony Martial several times.

And Sevilla, who saw off Wolves in the quarter-final, secured their place in the final when Luuk de Jong swept home a cross from Jesus Navas with 12 minutes left, United punished for poor defending which led to recriminations as Fernandes confronted Victor Lindelof in the aftermath.

Manchester United’s long season came to a bitterly disappointing conclusion as they missed out on the chance to lift their first trophy since they won this tournament under Jose Mourinho more than three years ago.

And they have only themselves to blame for a lack of killer instinct in front of goal, especially in that opening phase of the second half when Bounou denied them, especially Martial, but United simply had to take one of those chances.

It left Sevilla in the game and, as this talented side have proved before, they are experts at finding a way to win in the Europa League.

And so it proved with De Jong’s late goal, helped by awful United defending as they switched off from Navas’ cross, with Lindelof and Aaron Wan-Bissaka culpable.

United could not respond as they looked heavy legged, Solskjaer waiting until late on before introducing a raft of chances more in hope than expectation.