by Business 360
in Entertainment, News
0

August Alsina has spoken about how the Jada Pinkett and Will Smith affair and “entanglement” has affected his life and career since it all became public. The 27-year-old singer has claimed that he never meant to “cause trouble” when he alleged that he had a loving relationship with 48-year-old Jada, with the “blessing” of her husband Will, 51. 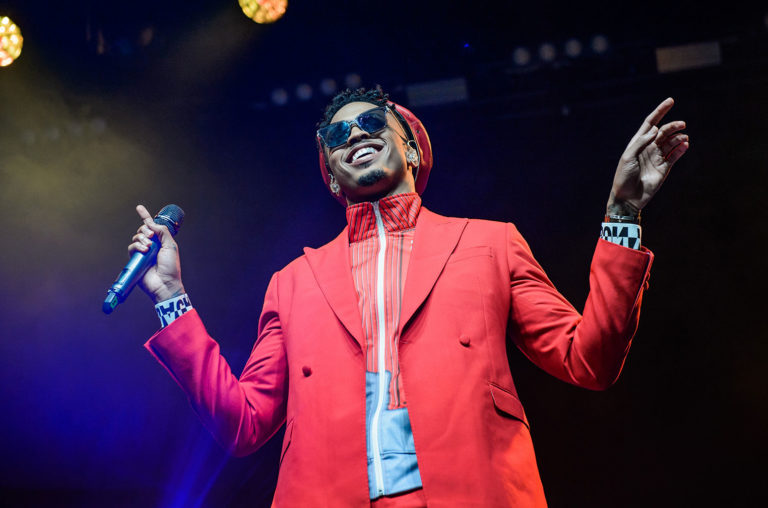 August has said that he has “deep respect” for the couple, who decided to speak about the affair in an explosive Red Table Talk on July 10, which laid bare the marriage of Will and Jada. August and Jada had embarked on a relationship at a time when she had secretly separated from Will but the pair eventually reunited and they are now stronger than ever in their marriage. According to The Mirror, the singer said:

” It’s just a part of life, and it’s a part of the journey. There’s a lot of love there. Sometimes the truth is complicated and difficult. But [my relationship with them isn’t] broken at all. I’m always going to be in the driver’s seat of my life and control my narrative. I can’t let anybody else do that for me. I never really cared about what people thought of me, but my personal life started to seep into my business life. There were certain falsities about me, and it affected my business relationships. I could understand why it would look like I’m reckless or disrespectful so it really started to affect my livelihood, and I’m never okay with that.”

The singer has said that he has no regrets about spilling the secret in a June interview with Angela Yee, despite it ‘negatively affecting’ him since the story broke.  August claimed in the interview that he “truly loved” and was “devoted” to Jada while they were together. In an old interview, August said that his liaison with Jada had come with the blessing of Will after he sat down and spoke with the Hollywood actor. 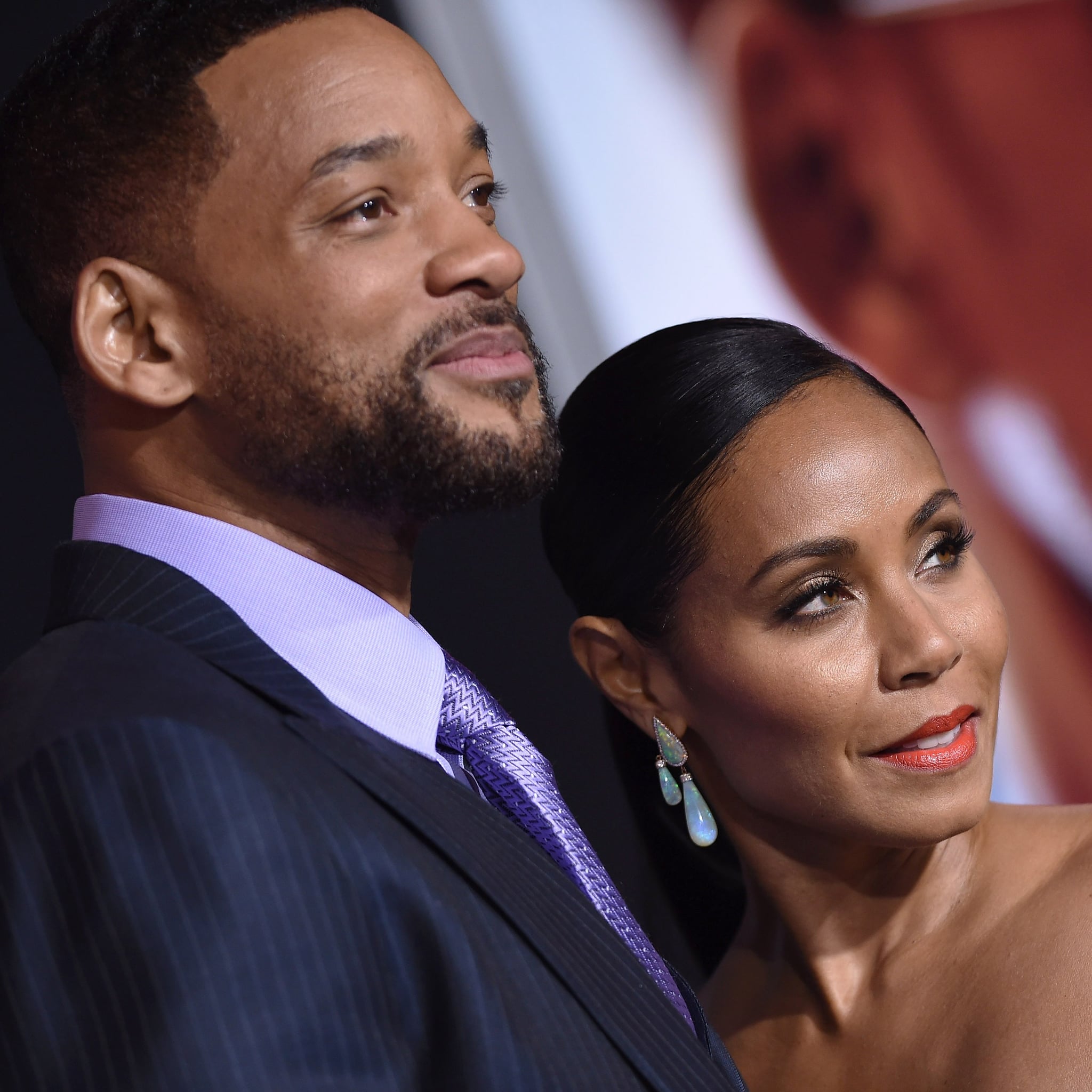 If it was up to August Alsina he would keep his private life private. But after Jada Pinkett Smith and Will Smith spilled the tea about Jada’s “entanglement” with Alsina during a particularly rough time in her marriage to the rapper/movie star, Alsina responded last month in a series of cryptic tweets. Now, he’s getting more detailed about why he chose to keep the dalliance secret in the first place. In an interview with People magazine, Alsina,  described himself as a “very private person” who has never said much about his love life because “it’s not important.”

But seeing that the rumors of the affair with Pinkett Smith, were picking up steam, the singer said he had to speak out, if for no other reason than to shelter his three nieces; Alsina became the legal guardian of Chaylin, 14, Amaiya, 13, and Kayden, 11, after his older brother, Melvin, was shot to death in New Orleans in 2010 and their mother, Chandra died of cancer on Christmas Day in 2018. 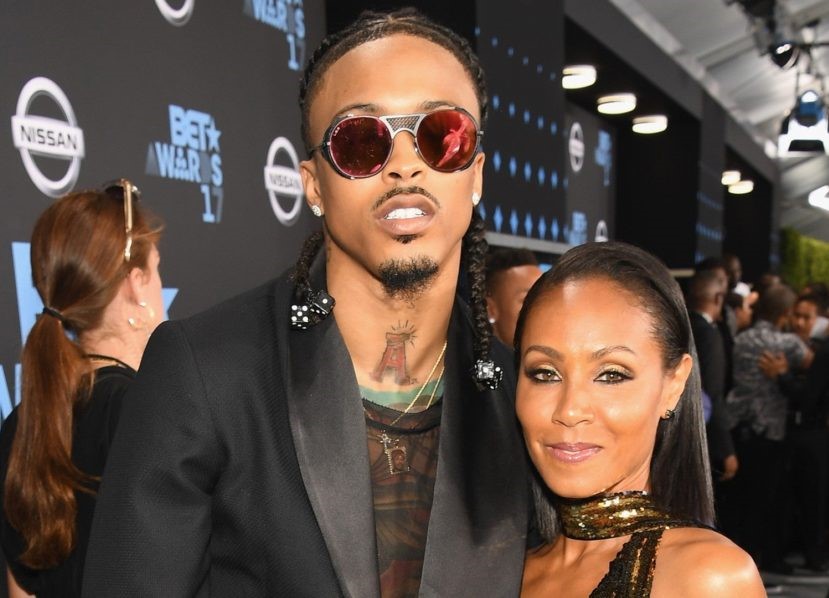 “I never really cared about what people thought of me, but my personal life started to seep into my business life,” he told the magazine. “There were certain falsities about me, and it affected my business relationships. I could understand why it would look like I’m reckless or disrespectful so it really started to affect my livelihood, and I’m never okay with that. I got three kids to look after. Kill me, hate me, stone me, but bury me an honest man. All I can do is tell the truth.”

Alsina and Pinkett Smith met in 2015 at a show by her children, Jaden and Willow, in London and became friendly a year after the singer developed a painkiller addiction after falling off a stage during a show. Pinkett Smith said during a 2018 Red Table Talk that he asked her for help with his addiction to the painkiller Percocet.

Their friendship then became romantic and after their breakup Alsina kept things quiet until he told radio host Angela Yee in June that he “truly and really, really deeply loved” Pinkett Smith. “I totally gave myself to that relationship for years of my life,” Alsina told Yee. “I devoted myself to it, I gave my full self to it — so much so to the point that I can die right now and be okay with knowing that I truly gave myself to somebody.” That comment led the Smiths to discuss the secret on a subsequent Red Table Talk, which quickly went viral.

Alsina released the single “Entanglements” in July, and even though it drew some blowback, he tells the mag he can handle it and, besides, he never wanted to cause trouble for the Smiths, who he has “deep respect” for. But also, no regrets. “I’m always going to be in the driver’s seat of my life and control my narrative,” he said. “I can’t let anybody else do that for me… It was cool when people were able to use it as a mockery of me, like, ‘Oh, you’re an entanglement,. When I flipped it, it became a problem for people. Like, ‘Oh, you’re clout-chasing.’ I’m just doing business. It’s not personal.”

The entire affair has created way more drama than Alsina would have preferred, leading to the collab with Rick Ross on “Entanglements” and a chat about it on Lil Wayne’s Young Money Radio show, but Alsina said it’s all good now. “It’s just a part of life, and it’s a part of the journey,” he told People. “There’s a lot of love there. Sometimes truth is complicated and difficult. But [my relationship with them isn’t] broken at all.”