by Business 360
in Entrepreneurship, Finance
0

The Department of State Service (DSS) has reportedly arreste the Acting Chairman of Economic and Financial Crimes Commission, EFCC, Ibrahim Magu over allegations that he owns four properties and was living in a N40m mansion paid for by one Umar Mohammed, a retired air commodore who was allegedly involved in fraudulent deals. 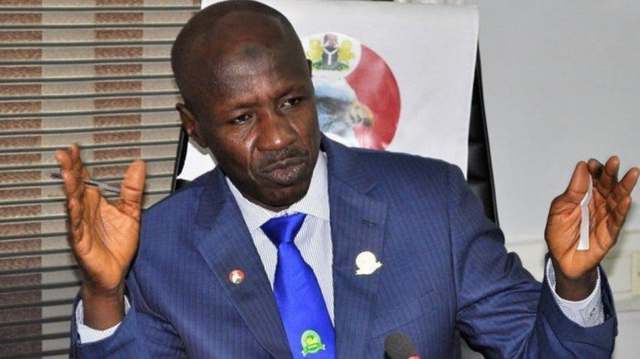 Magu, has remained on acting capacity for over 4 years as the Senate refused to confirm him as the substantive chairman following some damming report about him by the DSS. President Muhammad Buhari, has however, retained him on acting capacity.

A source said the EFCC boss was arrested at the Wuse II office of the DSS on Monday afternoon and was allegedly transferring funds abroad through a third party.

However, the DSS in a statement issued by its Spokesman, Peter Afunanya denied arresting Magu.
He said “The DSS wishes to inform the public that it did not arrest Ibrahim MAGU, Acting Chairman of the Economic and Financial Crimes Commission (EFCC) as has been reported by sections of the media.

The Service, has since been inundated with enquiries over the alleged arrest.