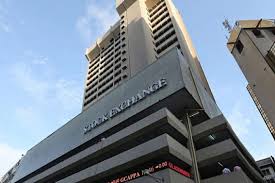 Trading at the Nigerian Stock Exchange last week witnessed a decline as the All-Share Index dropped by by 0.08 per cent to close the week at 24,287.66, while market capitalisation closed at N12.670 trillion respectively.

Investors traded only N7.436 billion as against N13.453 billion invested the previous week, showing a fall of 44.7 per cent.

Market analysts attributed the lower value of trading as investors trade with caution in anticipation for companies to release their half year financial results.

Some market analysts had said the financial performance of companies for first half of the year will determine the level of patronage by investors going forward.

Meanwhile, despite Investors cautious stance, operators have advised discerning ones to take advantage of the current low prices and increase their investments in the market.